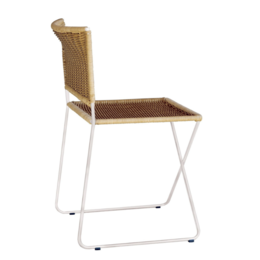 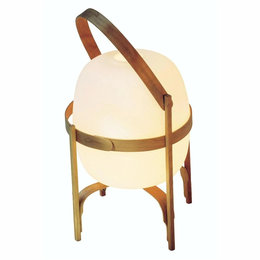 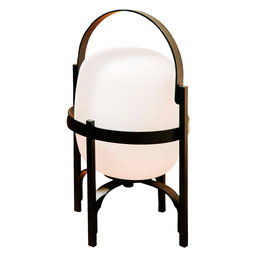 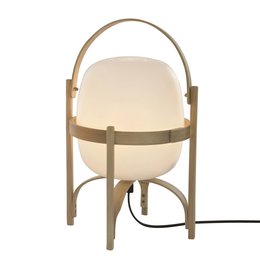 Santa & Cole was founded in 1985 by Nina Masó, Javier Nieto Santa and Gabriel Ordeig Cole, during a decade of freedom in Spain when anything seemed possible in the wake of the dictatorship.

The early days, when exceptional lamps were made for some of Barcelona's most famous bars, soon led to commissions to illuminate the homes of regulars in some of those locations. At a time when halogen lamps (cool to the touch, with a bluish light) were all the rage, Santa & Cole advocated the use of natural materials such as wood, stitched cardboard or ribbons. In some cases existing designs were revised, and in others new ones, such as the Básica lamp, were developed.

In the 1990s, in the joyous aftermath of the Barcelona Olympics, some of the larger lamps, modular lamps, such as the Estadio or the Moaré, were born in response to the need to light public places.

Ever since LED lighting arrived on the scene at the beginning of the 21st century, the quest for light has continued that enhances the beauty of objects, shadows and people. Examples of this are the Cirio and Tekiò series. Santa & cole remains committed to creating atmospheres and moods. 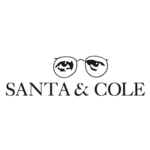